Why Your Pigmentation Didn’t Improve After Laser Treatment 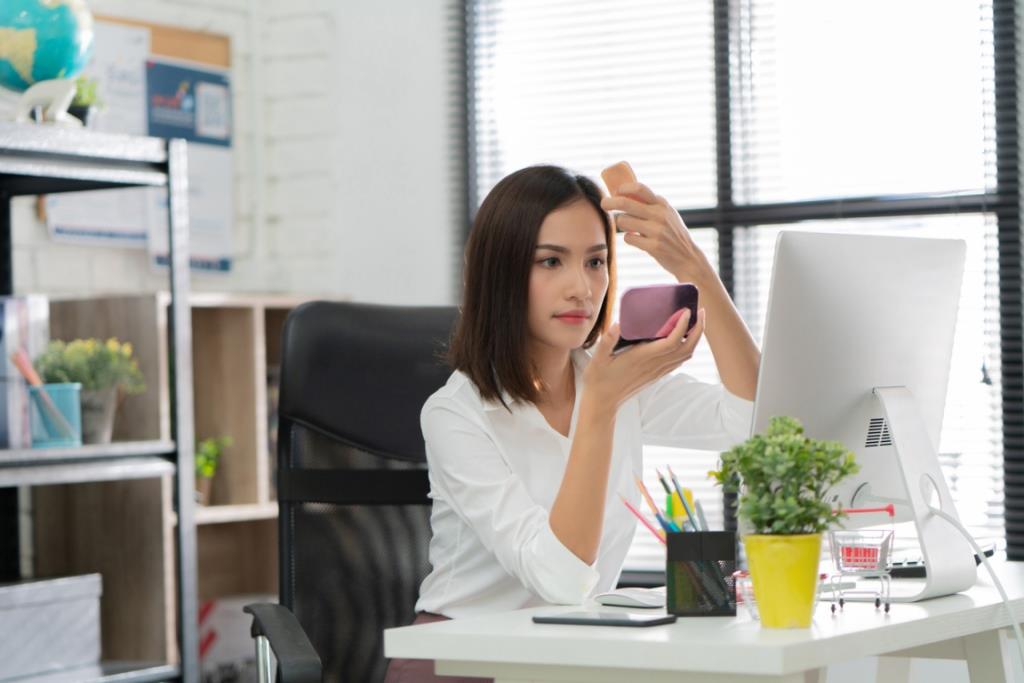 Even though I work with lasers every day, consult regularly with engineers developing new laser technologies, and study the efforts of scientists to test the application of lasers, I’ve never lost my sense of wonder about them.

Most people feel similarly: lasers are all around us, but there’s still something intriguing and mysterious about them. Which can lead us to expect a bit too much from them at times?

Take laser treatment for skin-pigmentation issues. Many of my new patients come to me after trying a session or two of laser treatments elsewhere, and wonder why they haven’t seen the results they were after.

The truth is, most patients of qualified doctors are perfectly happy with the results of their laser treatments. Finding the right one can take some time, but it’s worth the effort.

Word of mouth and online reviews can help guide you toward the experienced, responsible doctor who’s right for you. But secondhand opinions should be supplemented by your own research.

Ask prospective doctors about their specific experience in treating pigmentation. And be sure to learn about the type(s) of lasers available at each clinic for treating pigmentation issues. Also consider an underappreciated factor: chemistry. Singapore is full of good doctors and medical staff. Focus on finding a team who you’re comfortable with and who understands you well.

If you have found a doctor you like and still have not gotten the results you’re after, consider these three factors as you plan your next treatment programme.

What could be reasons for your pigmentation not to improve after laser treatment?

Because your skin is particularly sensitive after laser treatments, protecting yourself from sunlight, or avoiding it altogether, is a vital safeguard before and after each procedure. Chances are good that ultraviolet (UV) exposure contributed at least a bit to the condition you just treated. Don’t let UV exposure undo all the progress you’ve made. You’ve invested in your skin; protect your investment.

At a minimum, be prepared to avoid direct sunlight for three days after laser therapy. After that, apply sunscreen every four to six hours until your skin has fully recovered from treatment. 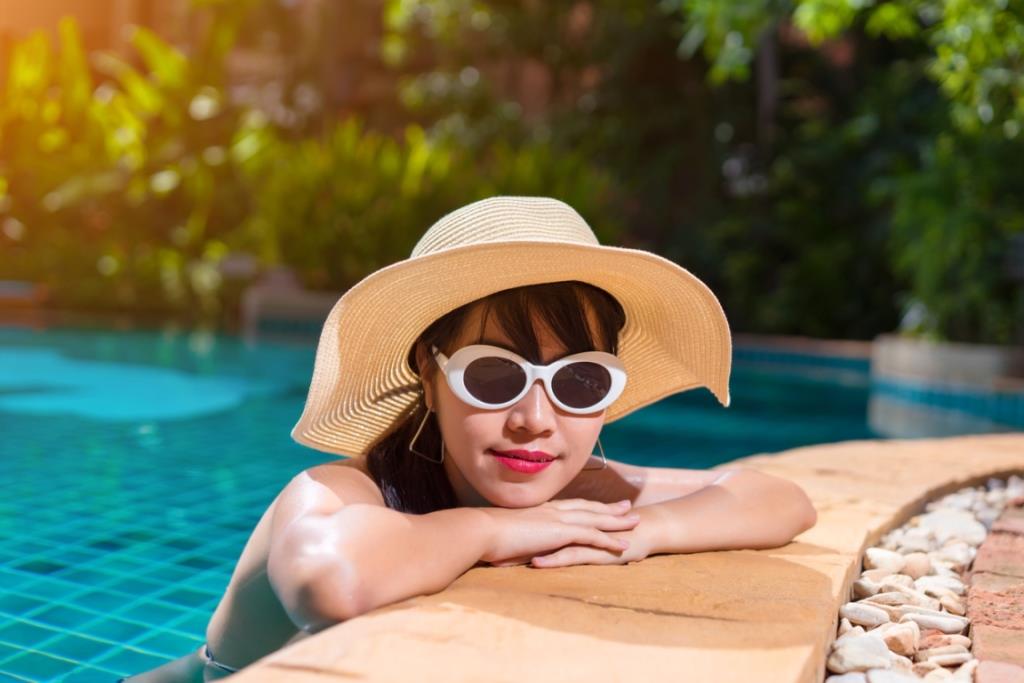 I’ll let you in on an industry secret.

Run-of-the-mill laser clinics tend to use the lowest power settings on their lasers. This allows them to charge less per session…but each procedure also accomplishes less. As a result, such clinics ask their patients to come more frequently, up to three times per week.

Although each procedure might be less expensive than a more fully qualified doctor would charge—$60-$80 per session—the long-term cost is often more expensive.

Cost isn’t the only thing that you should be concerned about with such frequent treatments. The risk of complications can be greatly increased in these situations. Research proves that overly frequent laser sessions using Q-switched Nd:Yag lasers can cause complications like mottled hypopigmentation, or white spots.

These can take years to resolve. In certain cases, the condition may be irreversible.

I only perform laser treatment for pigmentation removal every 3-4 weeks. This is consistent with published research, and I have found that it gives patients the most effective balance between intensive treatment and complete, comfortable recovery.

Don’t be fooled by clinics hoping to sell you a long, uncomfortable battery of treatments. At safe and effective power settings, you should never be asked to undergo laser-treatment sessions several times a week. 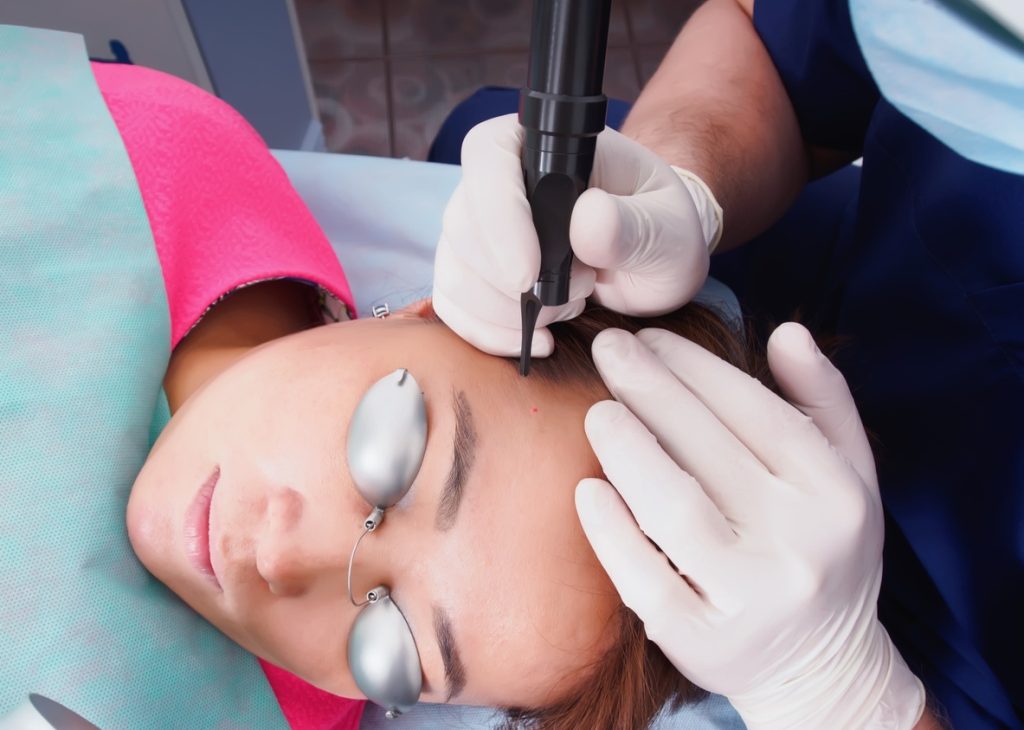 Patients and even doctors themselves tend to fixate on certain types or brands of a laser. I love learning about new technologies, but it’s important to keep a broad mind about these things.
The equipment is important, but even more vital are the doctor’s skill, training, and experience.
Two types of lasers are commonly used for pigmentation removal: Q-switched Nd:Yag lasers and picosecond lasers. Each has its advocates; most doctors are loyal to just one.
Which is why I use both.

However, Q-switched lasers are effective against simple pigmentation while requiring less recovery time. A patient wishing to remove freckles, for instance, can reasonably expect the same results from either approach. In cases like these, picosecond lasers may be unnecessarily aggressive, and the longer recovery times involved may invite unneeded complications.

Aesthetic doctors have more options than ever when it comes to treating pigmentation issues. Your doctor should know each option in depth and should choose the one that best addresses your specific condition.